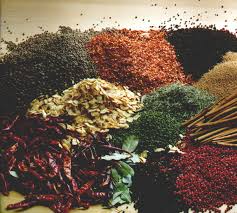 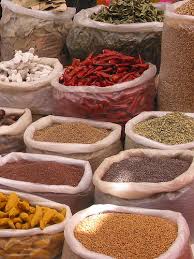 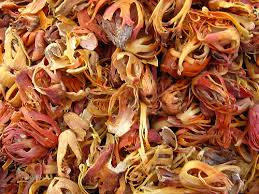 Indian masala refers to Indian spices. The word masala means spice, spices. It is also used to refer to a spice mix or a spice blend.

Masala is either used in the powder form or in a paste form.

For dry masala powder, the dry spices are used. The spices are dry roasted or roasted with a little oil. This roasting is done to remove moisture and to bring out the flavors. Each spice is roasted seperately so that they are roasted proplerly.

Then the roasted spices are ground together to form a fine powder. The blended masala flavor is very inviting. These roasted masala powders last longer, up to one year. You should store them in airtight containers. Generelly there is not need to put them in the fridge. So you can make them in advance and use them when you need to.

The spices used as ingredient in the masala and their proportions differ according to the dish being cooked, recipe, region and of course personal taste.

The North Indians use onions and tomatoes along with spices to make fresh masala paste whereas the South Indian recipes use fresh coconut along with the spices a lot. 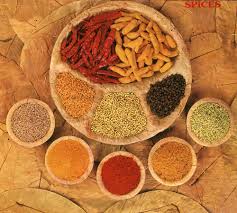 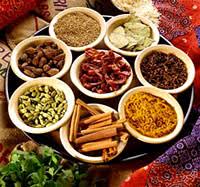 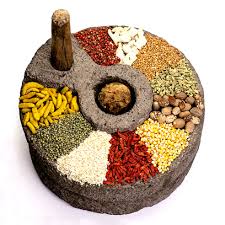 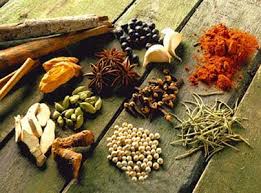 These masala powders are used 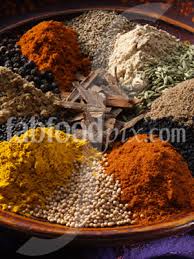 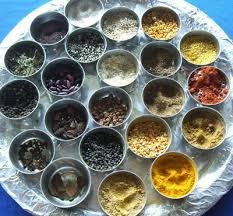 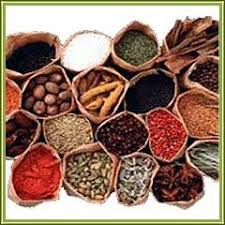 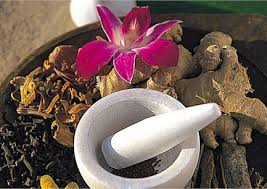 Garam Masala is an important part of the Indian spice box. It is used in all kinds of savory preparation. It is used along with other spice mixes as well as by itself in a dish. It is generally added to the dish at the end of cooking to retain the aroma of the spices.

It is mainly used in the north Indian cuisine. It is added to rice dishes, rotis such aspalak paratha, methi paratha. It is a must for the curry dishes as well as savorysnacks.

Store into an airtight container. You can use it for 6 months or more. 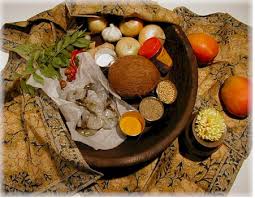 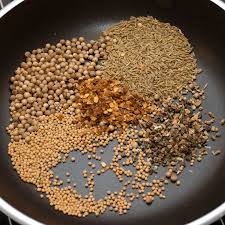 You can also buy the ready powder but then you are missing the fun and the lovely aroma of the    freshly made rasam pudi. The powder can be prepared and stored for 6 to 12 months or even  longer.

Another advantage of making it at home is you can vary the amount of spices according to  your own   preferences. You can also control the hot spices according to your familiy's taste. If    you like less  hotness, reduce the red chilis and the black pepper quantities. I love cumin  seeds and like to add  them a bit more.

If you are living in India, You can also get it ground to fine powder in a flour mill. Generally they   have a  separate mill for grinding the spices. If you are making this in large quantity, it is better  and easier  than grinding at home in a mixer.

Rasam is generally made using pigeon pea, called toor dal or tuvar dal in Indian language. It is  a side  dish served as a soup or with plain rice. Making this rasam-powder in advance will  help you in  getting your rasam done fast.

This spice mix can also be used for some curries such as onion curry or tomato curry. It can  also  be used to make some vegetable fry recipes.

Store in an airtight jar. You can use this rasam-powder as and when you want for up to one year. 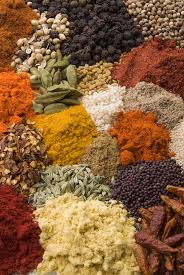 Chat Masala(also spelt as chaat masala) is one common spice mix that is used in chaats such        as Aloo chaat, papri chaat, fruit chaat, samosa chaat.

It is available in the shops but it is a simple and easy to make spice mix. So do try it. Once you             have the masala ready, you can use it for many mouthwatering snacks.

It contains black salt which is a good digestive and is very tasty too. Just put a pinch of                   chat masala on your tongue when your tongue feels kind of tasteless and you want a good taste in      your mouth.

In the recipe given below, I am using the whole spices as they give a good flavor. If you have the        spice powders ready with you, you may mix them to get the masala.

For adding while grinding:

This powder will keep for many months. Apart from using in chaats, You can use it to flavor               salads, juices, vegetables, curries etc. 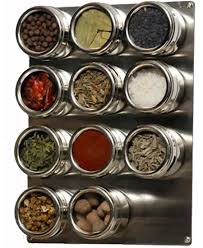 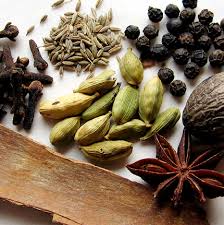 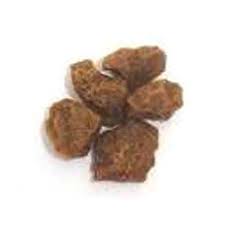 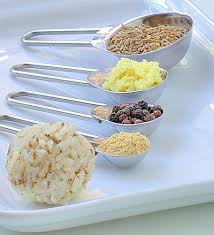 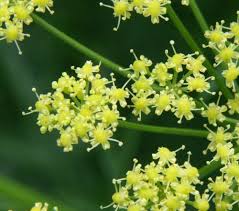 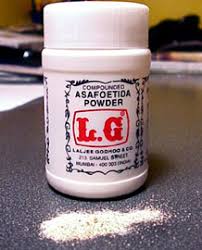 Asafoetida asafetida is known as devil's dung, stinking gum. It is also refered to as 'Hing spice'.     It is commonly known in Indian languages as Hing (Gujarathi, marathi, hindi) . in other languages,       Ingu (Kannada), Ingua (Telgu) , Perungayam (Tamil) .

It is a native of Persia (Iran). It is a resin like gum from the dried sap that is extracted from          the   stem and roots. It is difficult to grate and is usually crushed and powdered. The fine              powder from is   available and usually contains wheat/rice flour and gum Arabic.

It has a unique pungent smell and flavor when raw. Some people find the raw smell                  unpleasant  and overpowering but when the dish is cooked, it adds a smooth flavor similar to   leeks, onions, garlic (though not exactly the same).

It is a 'must have spice' in the Indian cooking, vegetarian as well as non-vegetarian dishes,             especially for the curries, be it vegetable curries, lentil curries. It also makes Indian               pickles more inviting.

Only a pinch needs to be added. It is generally added to the cooking oil/ fat /ghee and fried for   a few   seconds. It gives a good taste and aroma like sauteed onions and garlic. A pinch can       also be added  to a little water and then added to the curry.

Apart from being used as a spice in cooking, it has many medicinal properties.

It is used as a digestive aid in food. It is an antiflatulent and is used with lentil or eggplant /       aubergine dishes and also in other beans , potato dishes which may produce more                   stomach gas.

It is also Antiepileptic.

According to Ayurveda (Indian medicine system), asafetida is one of the best spices for            balancing  the vata dosha(gas problem).

Asafetida has very strong odor when raw / uncooked, you should store it in airtight container. It is       available mostly in powder forms as it is easier to use in that form.